Does every quirky person really have autism? Do any of them? 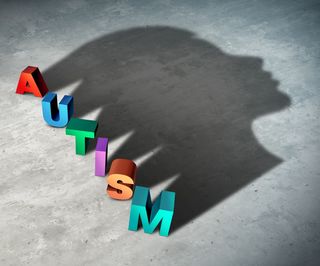 We hear a lot more about autism these days:  There are data from the Centers for Disease Control (CDC), but also human interest stories, and even fictional TV characters that presume to teach us something about what autism is. The people with autism we can see on TV or the internet are often less impaired than what earlier was recognized as autism. Psychologists can now hear lay people speak confidently of identifying friends and relatives who are ‘on the spectrum’ or ‘spectrum-y’ because they seem quite like a person with autism on a TV series, or similar to a young man in a hit Broadway play about a curious incident of a dog in the night time.

How has what we call autism changed? Is what is understood to be autism by some non-professionals the same as what an autism specialist would identify as autism? Where do lay recognition of autism and professional diagnoses of autism coincide, and where do they differ? Because my work has focused on autism for more than 40 years, including my research on the DSM standards, I am often asked, “Do you really think there’s more autism than there used to be?”  So many are being described as ‘on the spectrum’ these days that a better question is, “What isn’t autism?”

But, “What is autism?” Most psychologists are aware that autism (like lots of psychiatric conditions) has changed with each DSM (the American Psychiatric Association’s diagnostic standards manual):  The rise in reported autism incidence started around 1987 when DSM-III-R was published and added the diagnosis of ‘Pervasive Developmental Disorder, Not Otherwise Specified’ (PDD-NOS) alongside criteria for ‘Autistic Disorder.’ PDD-NOS was an awkward mouthful of terms that referred to those with some, but not sufficient symptoms to meet full criteria for Autistic Disorder. Not surprisingly, incidence rose as the lower threshold for this new autism-related diagnosis, PDD-NOS, was added. Autistic Disorder plus PDD-NOS gave definitional boundaries for “a spectrum” where autism traits could be present in individuals with all, or just some signs of what up until then, had been considered an invariant ‘triad’ of impairments in social skill, atypical communication, and odd activities and interests.

Then, in 1994, DSM-IV added ‘Asperger’s Disorder’ to Autistic Disorder and PDD-NOS further pushing out the boundaries of ‘the spectrum.’ Incidence rose again, as even fewer individual diagnostic criteria needed to be met to be somewhere ‘on the spectrum.’ Inclusion of Asperger’s in DSM-IV was a real case study in ‘let your fingers do the walking through DSM’ as a heterogeneous group of individuals, especially adults, with a range of other earlier DSM diagnoses became identified as actually having Asperger’s (and who often self-identified as ‘Aspies’) not infrequently eschewing similarities to those diagnosed with ‘full’ autism, instead vaunting their own ‘neurodiversity.’

Another interesting change wrought by DSM-III-R and DSM-IV was a change in those reported to have both autism and intellectual disability (ID):  When DSM-III-R was first published, about 70% of those individuals with a form of autism were seen as also having some ID, 30% not. By the time DSM-IV (actually DSM-IV-TR) standards were replaced with DSM-5 in 2013, those on the autism “spectrum” were now comprised of about 70% without ID, and only about 30% with. This means that the rise in incidence largely included many who back in DSM-III would not have been counted as having autism at all. 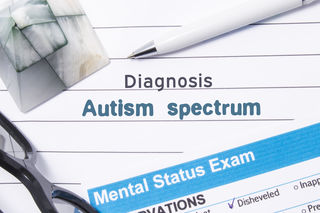 But it wasn’t just the new cases of Asperger’s that were driving the apparent increases in the autism spectrum and apparent disassociation of the autism spectrum and ID: During the years DSM-III-R and DSM-IV were standards, substantial research on early identification of autism drove down the age at first diagnosis from about 6 years of age to about two or three years of age. As younger children were diagnosed, fewer were being simultaneously assigned a diagnosis of ID along with autism. This partly was because organizations like the American Academy of Pediatrics (prudently) cautioned against using an ID label in very young and yet treated children. Fair enough, but such cases were then “counted” as autism without ID (as few went back at age six to ask if the child had ID, too). Additionally, some children diagnosed early turn out to not have autism (but transitory delay, a language disorder, ID, or other another childhood psychiatric condition), but tended to remain ‘counted’ for reasons I’ll discuss in my next post, “Autism: Diagnosing for Dollars.”

So, bottom line, “What isn’t autism?” Central to answering this question is this conundrum is “autism” as a “spectrum”—with no firm lower limits. For me, reading patient evaluations for autism, increasingly done by non-autism specialists, there is often a failure to consider other developmental diagnoses, other psychopathies, or even conditions where the spectrum tapers into personality traits like extreme social awkwardness, shyness and/or anxiety. To the extent that autism continues to be popularized as quirky traits expressed mainly by intriguing and smart people, I’m guessing we’ll keep having more cases of autism reported.