The Psychology of the Vaccine Wars

The vulnerability of truth in the age of fake news and alternative facts.

In my new book, The Politics of Autism, I devote a chapter to ‘The Vaccine Wars.’  When I sat down to write about vaccines and autism, my goal was to delve into the psychology of what drives controversy about vaccines. The stubborn persistence of the belief that vaccination, especially the MMR, harms children and is a cause of autism has become entrenched in some people’s minds. Measles was eradicated in the US by 2002, but by the end of May 2019, 981 cases were reported to the Centers for Disease control across 26 states.   Persisting fear about vaccines is no longer limited to the poor and uneducated in third-world countries.  In fact, vaccination rates in some parts of the U.S. are lower than in war-torn Somalia. 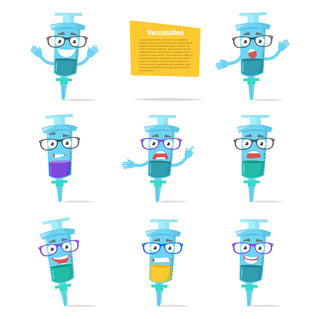 Why Do Some Continue to Believe Vaccines are Harmful?

Let’s begin with a quote from Donald Trump at the September 2, 2015 Republican presidential candidate debate.  He railed “I am being proven right about massive vaccinations—the doctors lied.  Save our children and their futures!” One rumor is that Trump’s assertion was based on his housekeeper telling him that she had just learned that her son had autism—and that she’d been told it was caused by his MMR vaccination. Dr. Ben Carson (a pediatrician), standing next to Trump on the presidential debate podium, didn’t refute this or even roll his eyes—a validation of a sort.  (In my new book’s chapter on vaccines, interestingly, my editor crossed out the Trump quote between my first and second drafts apparently thinking that Trump would be a flash-in-the-pan by the time the book was published.  I reinserted it into the second draft—as by then, he was president.)

One might argue that under the Trump presidency, the boundaries of what is truth (e.g., derived through scientific method) and what is not (e.g., opinion) has become increasingly challenging for some to discern: The New York Times periodically publishes fact-checks of our President’s assertions, keeping a running tally of his ‘misstatements.’ He does not infrequently reply by declaiming such New York Times analyses as ‘fake news,’ and standing his ground on the claim that he is a ‘stable genius.’  (For the Psychology Today readership who know their way around the DSM and IQ tests—both these assertions may seem questionable.) 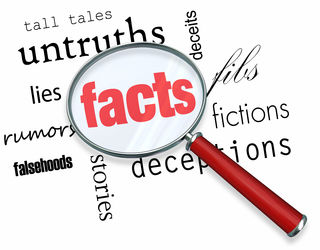 Trumpism creates a roadmap to chaos on all sorts of issues besides vaccines—like denying global warming, or denying data that most immigrants from Central America are looking for a safer, better life—not a place to commit crimes.  Our understanding of the world around us that once was based on accepted science is now swamped by ‘alternative facts’ vetted by no one, but trumpeted from a position of power.  Trump, personally, may not be able to distinguish opinion from information derived through validated methods of scientific inquiry, but his systematic eschewing of scientific facts, any time they conflict with his own opinions has, arguably, made psychic in-roads:  Facts, ‘fake facts,’ and ‘alternative facts’ have become increasingly hard for some of us to discern: This may be especially true when researching a topic where one feels emotionally vulnerable—like getting on the internet just after learning you have cancer—or that your child has autism.  So, when the internet leads you down a rabbit hole disguised as a well-put-together page with celebrity endorsements unequivocally stating that there is a link between vaccines and autism—this can be increasingly hard for some to dismiss.  ‘Truth,’ or ‘truthiness’ (as the pundit Steven Colbert has called it) is constantly being presented as relative to what may be expedient to believe. Untruthful, fake or alternative facts about autism and vaccines include asserting that vaccines are cultured on non-kosher beef extracts or pork (freaking out ultra-Orthodox Jews), or that mercury preservatives in vaccines poison children (freaking out everyone else), or that the potential danger of multiple vaccines at once has never been studied compared to spreading out vaccines.  All these assertions about vaccines are not true, but are often spread as true from post-to-post, blog-to-blog, website to website.

Clickbait Receptors in the Brain? 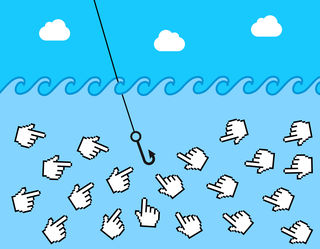 On the internet, increasingly, truth is insidiously vulnerable.  When on the internet, affinity-clicking—following one’s hypotheses, suspicions or outright fears, can readily lead to validation.  Why is doing this so popular even if it leads the internet-searcher to answers that increase anxiety, paranoia, and a sense of helplessness?  Neuropsychologically, perhaps two phenomena—both linked to autonomic arousal are happening: You probably can’t help feeling validated and clever when you find that the internet supports your suspicions. But, along with that positive activation of your reward circuits, fight-or-flight circuits flash, too (indignation, anger, a call to arms).  Why doesn’t our capacity for critical thinking or skepticism over-ride anxiety and suspicion more often? One might posit that Google clickbait algorithms are so powerful that they wire up our brains as powerfully as nicotine promotes tobacco addiction—creating both positive (“I’ve found the answer!”) and negative arousal (“Whoa!  What can I do now?) at the same time.  Do we have click-bait receptors in our brains?